1. Miles Runs The Voodoo Down
2. Sanctuary 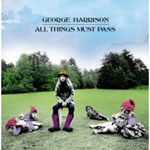 The muse who changed him, and the heady Brew that rewrote jazz

At the time that Bitches Brew was released, in April of 1970, the jazz community was fragmented. Many people welcomed the bizarre direction that Miles Davis was going in, straying way left field, as was his nature. Others were not so receptive, claiming that what he was doing was not jazz. Davis brought on some of the most daring and flourishing young musicians of his time and grew a whole movement of bands forming and institutions being erected to welcome a breed of music that married elements of jazz, rock and funk.

One of the foremost players of this era was Joe Zawinul, who played keys on Bitches Brew, and who would later be recognized as one of the forefathers of “fusion.” Although many in Davis’ camp had a strong disdain for the genre fusion, the components in Bitches Brew had become so popularized that the public demanded that there be such terminology created for the inimitable but burgeoning music.

Here we are commemorating the 40th anniversary of this monumental record. It is with our absolute honor at The Revivalist to present publically to the world the never-before-released live recording of “Directions,” from Bitches Brew Live, the Joe Zawinul composition performed at the Isle of Wright in 1970.

Scheduled to be released in 2011 by Legacy Recordings/Columbia Records/Sony Music Entertainment, Inc.

Produced for release by Richard Seidel and Michael Cuscuna