"We've had all kinds of weird hook-ups at different times," says Rebennack, when I meet him in New York. "About the third time I met Eric, he was upset because I said that song [hums the riff to Cream's Sunshine of Your Love] was by Jimi Hendrix. The fact is, I wasn't the most connected-to-the-planet guy at that time, and me and Hendrix had been doing gigs together. I didn't mean to upset him.

Pour vous : I'm Gonna Move To The Outskirts Of Town

David Sanborn a écrit:He understood the character of the song I asked him to sing ... He knows this music. If anybody understood how to inhabit a tune like that, it's' him. That's what you're looking for, someone to fit into the costume, that can wear it well and understand and own the song... where it doesn't feel like somebody's wearing a suit two sizes too big.

David Sanborn a écrit:Eric and I have done stuff in the past. It's all about finding something appropriate for another artist, not just trying to do a song just for the sake of working with that person. I'm Going to Move to the Outskirts of Town' was the perfect song to do with Eric.

Paul Jones is known to many as the singer of the British Invasion band Manfred Mann — the voice on mid-’60s hits like “Do Wah Diddy,” “Pretty Flamingo,” “Come Tomorrow” and “Sha La La.” The new CD, Starting All Over Again, is his first solo album in decades. It will be released on March 10, 2009 on Collectors’ Choice Music, marking it the first non-archival release in the venerable reissue label’s history.

The producer is Carla Olson, who has produced albums or tracks by Joe Louis Walker, Phil Upchurch, Otis Rush, The Ventures, Taj Mahal and a host of others, and who has recorded with Ry Cooder, Don Henley, Eric Johnson, John Fogerty, Mick Taylor and Gene Clark. A&R was overseen by Saul Davis.

In the circuitous road from Manfred Mann in the ’60s to the present, the multitalented Jones recorded three solo albums in the ’60s and turned to acting — first in films and television, then on stage. His films include the underground classics Privilege and The Committee. Among his television credits are Z Cars, Space 1999 and The Sweeney. He also appeared in productions for London’s Royal National Theater and the Royal Shakespeare Company, and has worked with directors Sir Richard Eyre, Peter Gill and Toby Robertson. His gold albums include one for the original recording of Evita. He also performs in The Manfreds, a band containing Jones and other Manfred Mann alumni, and hosts a blues radio show on BBC’s World Service.

The new album features “Lover To Cry,” penned by Jake Andrews, guitarist on most of the album; “If You Love Me (Like You Say)” by bluesman Little Johnnie Taylor; “Choose or Cop Out,” a Jones original featuring Clapton; the title track “Starting All Over Again” by Stax soul star Johnnie Taylor, also featuring Clapton; “I’m Gone,” originated by the Swedish band The Creeps; “Philosopher’s Stone,” a Van Morrison song; “Need to Know,” written by British and Nigerian artist Ola Onabule; “Gratefully Blue,” an Eric Bibb composition; “When He Comes,” written by Jones with ex-Hollies member Mikael Rickfors; and an instrumental, “Alvino’s Entourage.” Also included is a bonus track, “Big Blue Diamonds,” a duet between Jones and Percy Sledge culled from Sledge’s 2004 Shining Through the Rain album.

According to Jones, “Not that I knew it but I guess the reason I hadn’t cut an album in so long was that I needed to record the right one. And this sure feels like the right one if I do say so myself! When producer Carla Olson approached me about recording we agreed that material was number one. I really wasn’t writing a lot so we had to choose with care. After sending songs to each other it was apparent quite early that we were on the same page. We both wanted a variety of styles and tempos but it needed to sound unified as well. Rock, pop, blues. Electric, acoustic. Bare bones, band with horns and backup vocals. It’s all there.”

Added CCM label head Gordon Anderson, “This project is the exception that proves the rule when it comes to our label putting out contemporary recordings. The quality of this album, and the personnel on it, basically made the decision to go ahead with our first-ever ‘new’ album an easy one.” 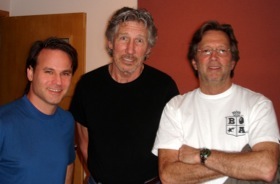 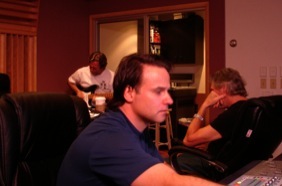