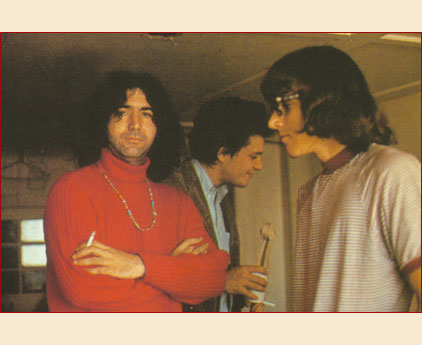 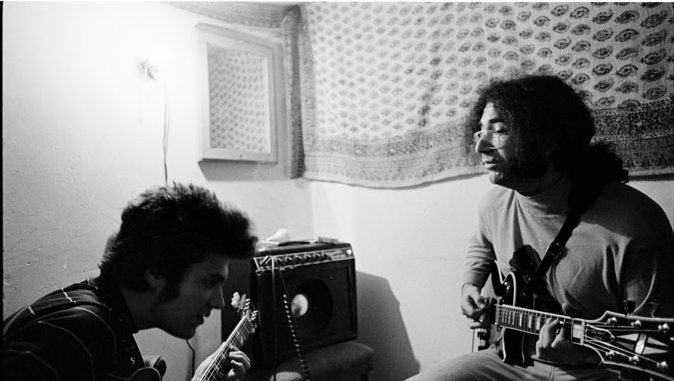 Lydon: Did you read in Rolling Stone a long time ago the whole Mike Bloomfield […] thing?
Garcia: No I didn’t…
Lydon: Oh. They really put you down – I think Bloomfield particularly.
Garcia: Oh, I didn’t read it, no, what did he say?
Lydon: Well, just said it was shit.
Garcia: Well he’s entitled to his opinions.
Lydon: […think that he could know better.]
Garcia: Who knows, man – I mean, it might very well be that that interview might have been after he might have seen us on a night when it was shit, or depending what he was referring to. Maybe he…I don’t know. I don’t know where Mike’s head is at, really. I know that he feels very strongly about purity, a certain kind of purity it seems, because the things – not necessarily his playing, but when he does arrangements and production and stuff like that, he gets it so it’s right, for what he’s doing, I mean really righteous; and it might just be that what we do violates his aesthetic. I don’t know, I can’t really tell; you can’t know about things like that. But the thing about interviews and the thing about music is that you can say anything you want, man; it’s cool. It’s cool because the experience is such that you can like it or not like it or go out of your mind or leave in a rage or any fucking thing, I mean, it’s cool to do it – music is something you can hang any fucking thing on and it’s okay. (Lydon: Yeah.) […] Rolling Stone now, because of music, Rolling Stone has something to talk about – half the battle of life in this world is something to do, something to just pass the time away, man, just something to do. And talking about stuff is doing something. (Lydon: Yeah.) So providing an excuse for talking, man, is okay. It just means that somebody’s gonna have something to talk about; it’s all right. And so if you’re gonna put stuff out like a record or something like that, put something out that anybody can say anything about, so that it leaves a big open door for stuff to talk about instead of a little narrow door; or lots of things to talk about instead of one thing to talk about; whatever.