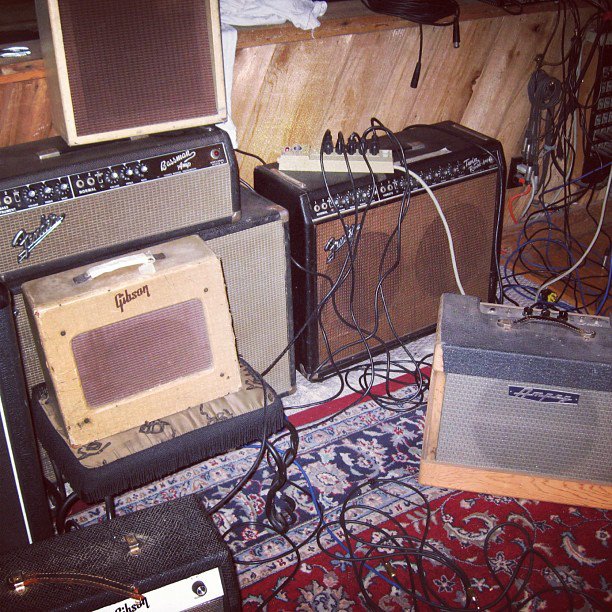 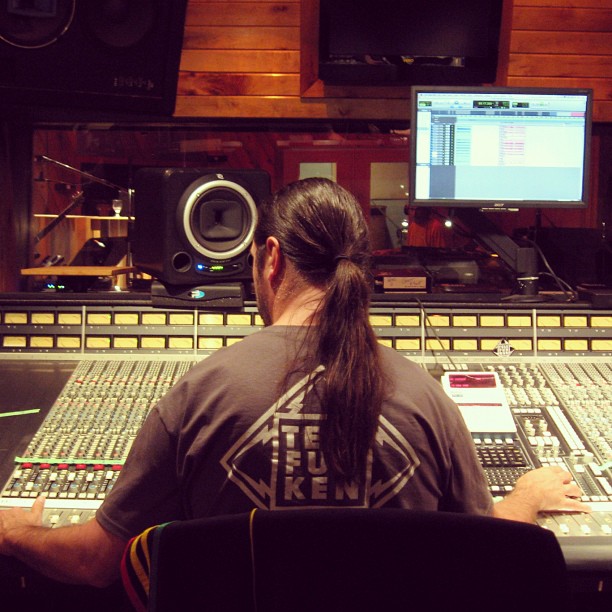 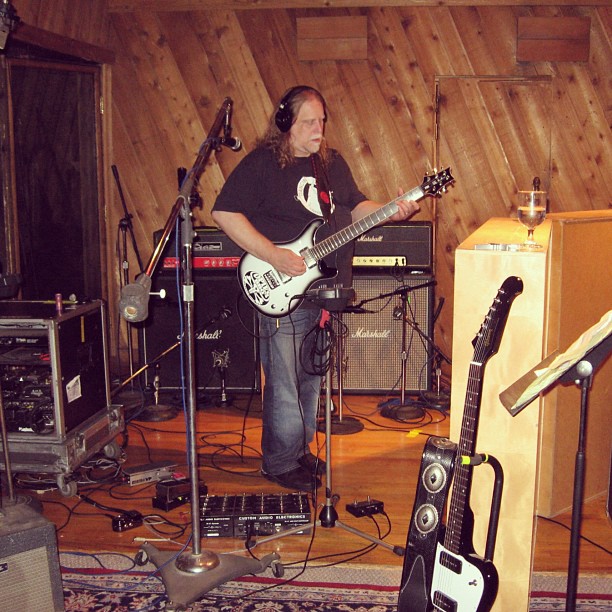 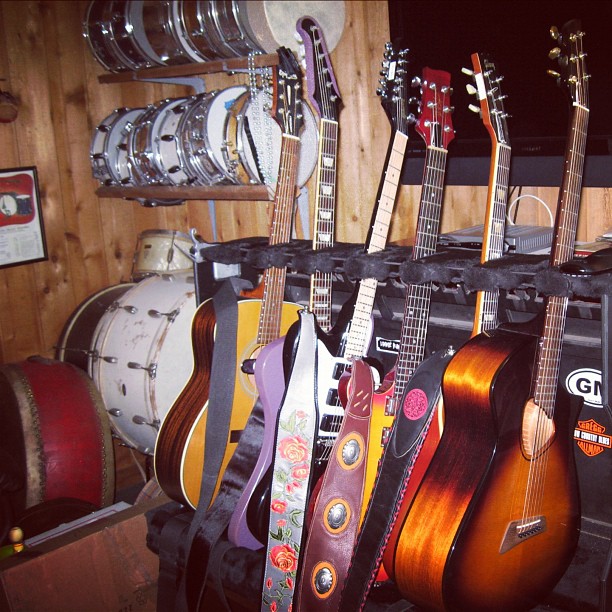 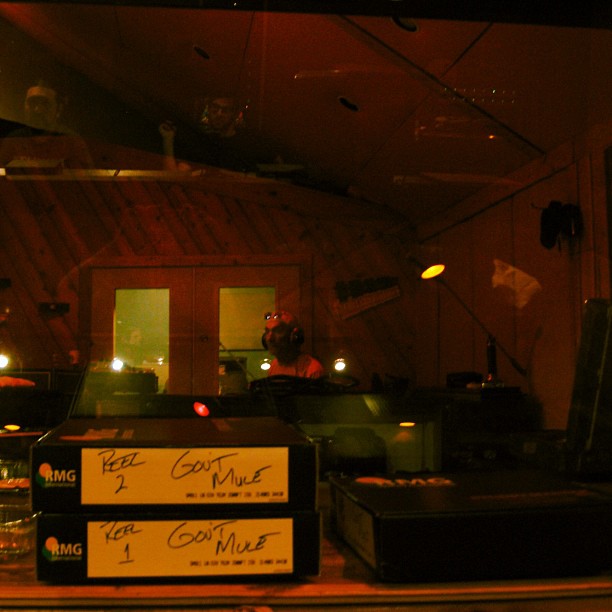 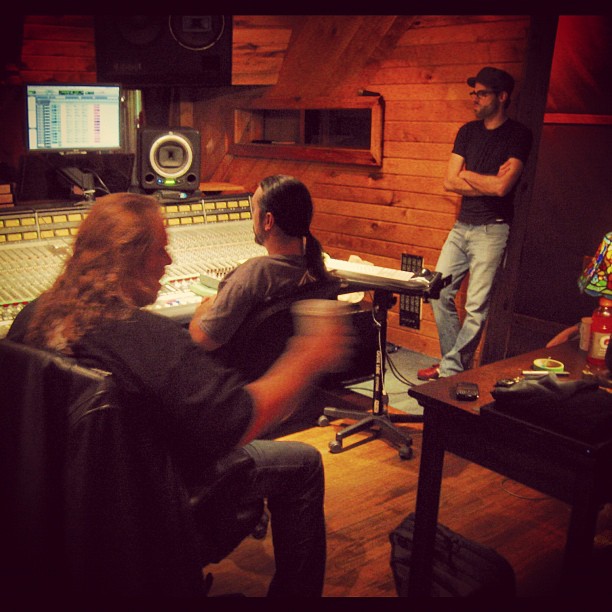 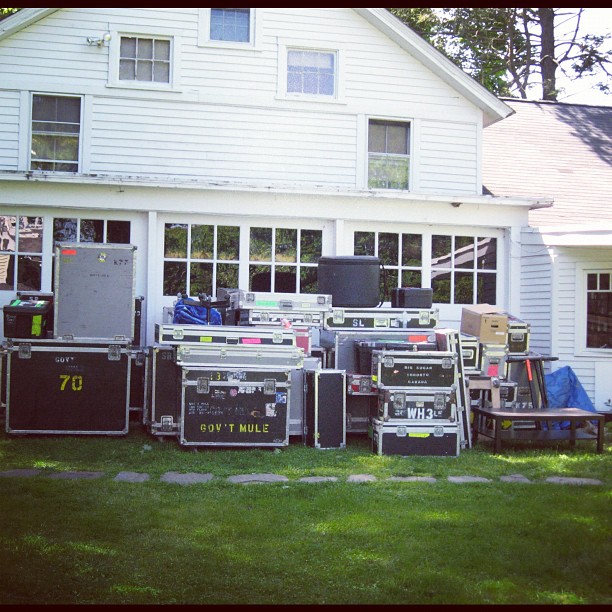 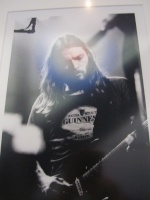 "Highlights of Gov't Mule's currently untitled LP include a track that Haynes describes as a "tip of the hat" to Sly and the Family Stone's upbeat 1973 album Fresh; another number nods to the British hard-rock pioneers Free. The track that Haynes is most jazzed about is one that pays tribute to the Band and is dedicated to the memory of its late singer-drummer, Levon Helm. "He was one of my heroes before I met him," Haynes says of his close friend, for whom he filled in at one of the last Midnight Rambles. "He was the voice of Americana."

Haynes is also psyched to pay live tribute to another one of his idols: Jimi Hendrix. Next week in Chicago, as part of Gov't Mule's annual Halloween tradition of covering the work of legendary artists (including the Who, Led Zeppelin and the Rolling Stones), the band will tackle the catalog of the guitar god. Haynes felt it was appropriate to pick Hendrix this year to coincide with what would have been the guitar hero's 70th birthday. "We've talked about it several years in a row," Haynes says, "and eventually it was going to be the right time [to cover Hendrix]. This made sense." In past performances, Gov't Mule have covered Hendrix tunes such as "Purple Haze," "Voodoo Chile," and "Red House," but on Halloween, they will exclusively play cuts they've never attempted before. "We're kind of starting from scratch," he says, citing Electric Ladyland's "1983…(A Merman I Should Turn to Be)" as a particularly difficult new undertaking.

"It's a challenge but it's a lot of fun," Haynes says of channeling Hendrix for the evening. "Just getting all the information in your head and under your fingers... We're chipping away at it. I think it's gonna be great."

The album will include a special bonus CD that includes the 11 tracks from the album in different versions, each one sung by a different special guest, with details to be announced soon. See Disc 1 track listing below.

“The Mule holds a unique and lofty berth. They have roots that run real deep -- drawing from the entire history of rock ‘n’ roll going all the way back to Robert Johnson and the Delta,” Blue Note Records’ President Don Was says in a statement. “Yet, despite their mastery of past idioms, they have managed to rearrange those elements into a whole new thing. On this new album, they've elevated their songwriting, playing, and production values to a whole new plateau. It’s gonna blow people's minds.”

“I’ve been a huge jazz fan since my early teens. I have hundreds of jazz CD’s in my collection and I can honestly say that the majority are Blue Note recordings,” adds the Mule’s singer/guitarist Warren Haynes. “My favorite period of jazz is 1955-1965, and I went through a time when I bought every Blue Note record from that era, whether I knew of it or not. Their reputation for putting out the best of the best is unparalleled and the sound of those recordings will never be topped. It’s those kind of recordings that have convinced all of us in Gov’t Mule that the only way to capture improvisational music in the studio is to record as ‘live’ as possible. We are truly honored to be part of the Blue Note roster.”

Co-founded by Haynes with drummer Matt Abts and featuring keyboardist Danny Louis and bassist Jorgen Carlsson, Gov’t Mule has released nine critically acclaimed studio albums and an assortment of DVDs and live albums. The band has sold more than three million song downloads through their site MuleTracks and is the consummate live act, with sold-out coast-to-coast tours. Haynes himself has been dubbed rock ‘n roll’s Iron Man, touring with such powerful live outfits the Allman Brothers Band the Dead, as well as his own Warren Haynes Band.

The 11 original songs on Shout! were written over the course of the past two years and recorded at Carlsson’s Los Angeles studio and at Carriage House Studios in Stamford, Conn., with longtime co-producer/engineer Gordie Johnson co-producing with Haynes. The band recently embarked on its "Prepare To Shout" tour, which will continue through the summer. They will perform at Mountain Jam (June 6-9), which Haynes has presented over the last nine years, and at Bonnaroo (June 15). In addition, Haynes will be involved with two other tours: the Jerry Garcia Symphonic Celebration featuring Warren Haynes, curated by the Garcia family and Haynes; and a trek with the Allman Brothers Band, which he has been a member of since 1989. 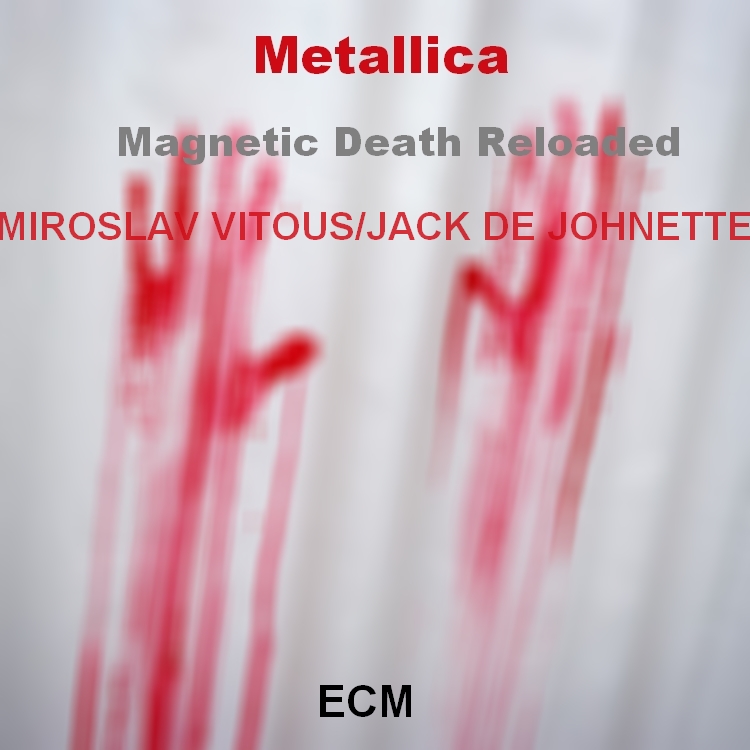