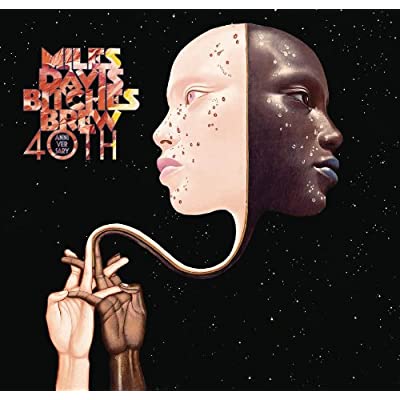 Other than his appearance at the Isle of Wight Festival later this same month, this Tanglewood performance was possibly the largest audience that Miles Davis had encountered up to this point. His extraordinary band, containing many soon to be legendary musicians, was all deeply immersed in the early experiments into electric instrumentation. This incendiary performance captures Miles embracing a rock dynamic in his music that was more electric, more funky, more rhythmic, and simply more "out there" than anything that had proceeded it.

Apart from the set ending cue of "The Theme," little of this music derives from Miles' jazz period, nor does it fall into the free jazz category that it is so often mistakenly associated with. This music is much funkier, often comprised of deep, one-chord, cyclical grooves that have little in common with jazz. As he had done several times in the past, Miles was forging into uncharted territory and creating a shift in modern music that would influence countless musicians.

The audience seemed to recognize and appreciate this and they achieve the rare occurrence of bringing Miles back to the stage for an encore (something that rarely ever happened during this era). The encore, a rather short, focused take on "Miles Runs the Voodoo Down," features Corea playing the main riff like a hard rock musician, with Holland's deep bluesy bass line and the rest of the group's dynamic falling somewhere between Led Zeppelin and Jimi Hendrix - and they achieve this without any electric guitars!

While sometimes difficult, often challenging and unquestionably intense, this night's performance is one of the most intriguing of Miles' lengthy career. It's one of those rare performances with boundless depth that continually rewards repeated listening.