Separately, Kelly Joe Phelps and Corinne West have established themselves in the world of folk music, both in Central Oregon and beyond.

Phelps is a jaw-droppingly skilled folk-blues singer, songwriter and guitarist with eight well-received albums under his belt. He's also a versatile performer — the BBC called him a “proven talent” with “a foot in both the traditional and the avant garde” — who wowed audiences at last year's Sisters Folk Festival.

West's most recent visit to the region was for an intimate concert at an old church in the ghost town of Richmond, northeast of Prineville, in 2008. She's not exactly over the hill, but has already clocked many hours on the road; she's been playing her strikingly honest and heartening folk-rock 'n' soul songs since she left home at age 15.

Over the past year, however, Phelps and West have merged their talents into a duo, recording an EP (“Magnetic Skyline”) and, now, touring together. They'll visit Angeline's Bakery in Sisters on Thursday (see “If you go”).

West was kind enough to agree to an e-mail interview, so we sent her a few questions. Here are her answers, slightly edited:


GO!: Was working together something you (and Phelps) wanted to do for a long time, or is it an idea that came up recently? How did the idea come about?

Corinne West: We've known each other for a number of years, and have always admired the artistic output of each other, but pursuing separate solo careers had us crossing paths until this past November, when the timing managed to perfect itself so we could finally play some music together. Kelly Joe was looking for work, and I had CD-release shows for “The Promise” that I needed a side person for. At the end of those gigs, we both decided at the same time to set out together. And we've never looked back.

GO!: What was it about those shows — or what is it about your individual styles — that made you and Kelly Joe think this could be a fruitful musical partnership?

CW: We didn't know quite what to expect other than that we were going to have a great time, which we did. However, we found a mutual bond on many musical levels that took the music places neither of us had been artistically. Very magical. It was an easy decision in the end to continue forward, as the music seemed to form its own life around us, and we both thought it was extremely beautiful. Heartfelt and strong. So many things.

GO!: What happened between those 2009 shows and the recording of “Magnetic Skyline”? Did you guys shut down for a while, huddle in one place and work out songs? Did you send ideas back and forth from separate locations?

CW: We did huddle down, yes, for most of the winter. We dug a little shelter in Kelly Joe's basement studio and started working. Eight or 10 hours a day, experimenting, exploring this new sound. We found it as though we'd started playing a new instrument, the sound of our playing and singing together.

Each day we felt tapped into something bigger than we'd expected to find in there so, again, we've never looked back. The main thing for us is that we've discovered a sound and feel as a duo that makes a very particular musical experience take place for us as artists, and consequently for any listener. We can't see any other way than to move forward with it, helping it grow, watching it grow.

GO!: Now that “Magnetic Skyline” has been recorded and released, are you able to take a step back and identify ways in which you and Kelly Joe complement each other?

CW: It has much more to do with what we find in common, I think. Even if it's never shown up in our performing careers. We've found a common passion for improvisation, which is unusual in folk-based music, yet we both adore and apply (it).

We've been amazed by the sound of our voices together — something neither one of us ever expected to find in terms of a true sympathetic companion vocally. Not emotionally, necessarily (even though that does apply as well) but tonally. We're still amazed by that. And we've found a commonality in things like phrasing, vocal or guitar, where we'll be in the middle of some flight of musical fancy and find ourselves phrasing vocally or guitaristically in the exact same way at the exact same moment. Out of seemingly nowhere. It's really turning into quite a journey.

GO!: When you work as a solo artist, you're essentially in control of what you do: songs, production, when and where to tour, etc. Both of you have been autonomous for so long, what's the appeal in working as a duo?

CW: This decision to focus on (the) duo is completely about the music. There are no other issues. Maybe that applies to the last question as well: What we bring to each other (is) an unyielding response to the needs of the music and very little else. We live and breathe this life as musicians. In service to the arts, you see. Everything else comes after that. We enjoy each other's company immensely I will say, though. Definitely true. That makes this all the sweeter for us both.

GO!: What are your hopes or plans for the duo? Are you looking to stick with it for a while? Want to do a full-length? Have a finish line in mind?

CW: All the plans you would imagine are all there. We're setting aside time at the end of the year for a full-length, new recording, we're heading over to Europe for five weeks in the early fall, we're writing and dreaming and imagining everything we can about this sound and experience that has us so captivated. It's so joyful, you know. And that, in the music industry, is all too rare and hard to come by. So we're holding on to that with all 12 fingers. 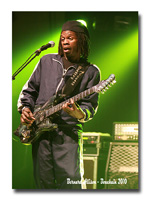 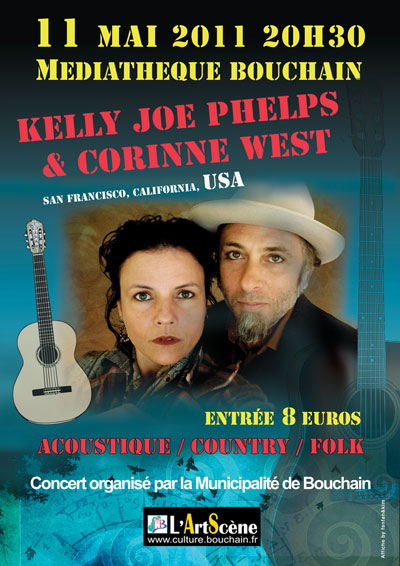