a écrit: Corinne West is working on an EP with Kelly Joe Phelps

Corinne West & Kelly Joe Phelps Bio
Traveling for years the same well-worn roads of the touring musician (crossing paths constantly, missing one another by a day here or a week there), it wasn’t until the end of 2009 that Corinne West and Kelly Joe Phelps found the opportunity to play music together. Performing alongside Corinne on a series of CD release shows for her most recent record ‘The Promise’, Kelly Joe discovered that he’d met a true musical partner, and she the same. The next thought was simultaneous and obvious – forge their respective solo careers into one as a duo.

The fundamental layer of Corinne and Kelly Joe’s new partnership is mutual admiration and respect both for the ideal of honest, inspired, poignant art, and each other’s own creativity and musical vision. They also share an undeniably ravenous passion for the acoustic guitar. From this foundation these two are creating beautiful, exceptional music. Intricate, dense and lush harmony vocals wrap themselves around layers of interlacing, weaving guitar parts. Alongside this rise lyrics rich in imagery and testament, held aloft by melodies soaring in tandem with two voices seemingly born to sing together. This new duo will delight and amaze fans already familiar with the work of either artist, and those discovering Corinne and Kelly Joe for the ﬁrst time will marvel.

Corinne West, a fourth generation Californian and musician who performs upwards of200 shows each year, has a voice that simply soars. Using her powerfully eloquent voice, coupled with beautifully crafted songs - memorable both lyrically and melodically - she has fashioned a unique identity within American music’s acoustic/roots scene. Her latest record, 'The Promise', conﬁrms West’s place among the ﬁnest young singer-songwriters. Described as "elegant new sexy acoustic jazz-rock-folk", and "west coast acoustic soul music", this is a work of deep feeling and deep inspiration, roads traveled and roads less traveled, songs insightful and resonant about matters of the heart, soul and existence.

"In concert, Corinne brings a special grace and ﬁre to the stage. Her songwriting strength coupled with magnetic stage presence create a captivating performance, winning rave reviews at home and abroad. Corinne has toured extensively throughout the US, Canada, Europe and the U.K., and has been featured on national radio in these regions.

Kelly Joe Phelps has, over the course of eight CD’s and ﬁfteen years of touring the world, established himself as a guitarist, singer, and songwriter with singular vision and fearless purpose. His mix of folk, blues, and jazz has won him praise from the likes of Bill Frisell, Steve Earl, and Cameron Crowe. Kelly Joe has been featured on NPR’s ‘All Things Considered’ and ‘Prairie Home Companion’ as well as numerous BBC and other national radio shows throughout Europe, Australia and Japan. He’s recorded with Townes
Van Zandt, Greg Brown, Martin Simpson, Jay Farrar, and a host of others.

A brilliant improviser, Phelps is known for his ability to put a new spin on a song every time he plays, inventive and imaginative enough to be able to take multiple styles of music and merge them with his own artistic voice, creating a unique sound both original and universal. 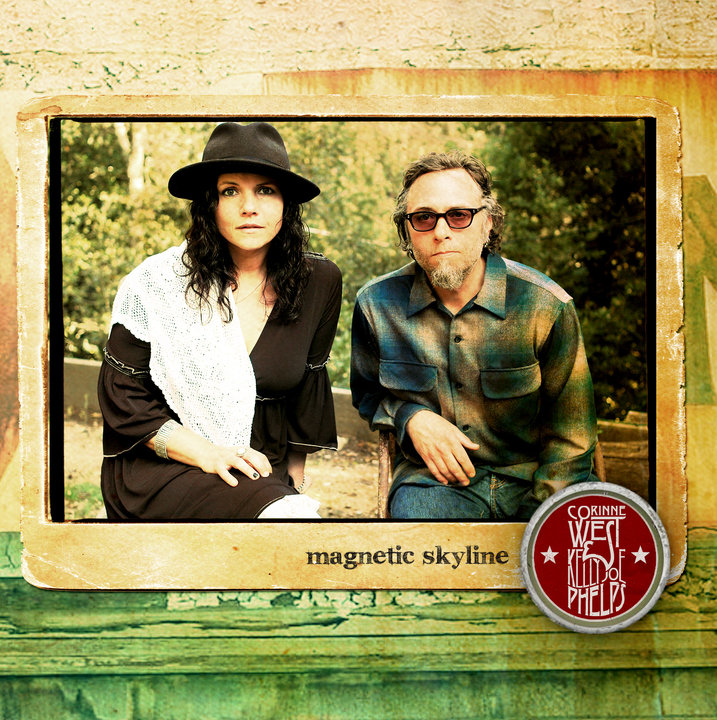