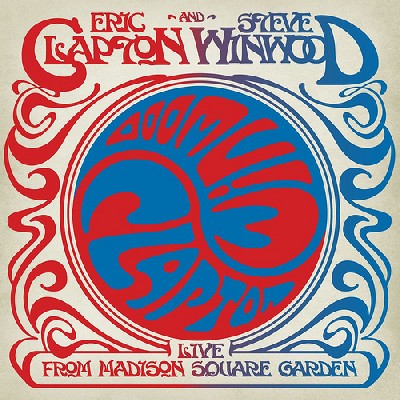 Pour rappel, "I Can't Judge Nobody" :

Eric Clapton and Jeff Beck - legendary guitarists and former Yardbirds - performed their first co-headlining concert in Japan at Saitama's Super Arena on Saturday 21 February. This was the first time they have shared a bill as co-headliners in an arena show. The 20,000 people in attendance witnessed an event with 29 songs that lasted between two and a half and three hours.

Like all weekend concerts in Japan, the show started at 5PM. Jeff Beck kicked things off with a 13 song set that included a stunning verion of "A Day In The Life". Other songs performed included "The Pump," "Cause We've Ended As Lovers," "Goodbye Pork Pie Hat," and "Brush With The Blues."

Eric Clapton then took the stage with his band for a 9 song set. It opened with acoustic versions of "Driftin." and "Layla." This was the first time EC "unplugged" Layla in quite some time. His "electric" set included "Tell The Truth" from the Derek and the Dominos era along with blues songs, "Little Queen of Spades", "Before You Accuse Me," and "Crossroads."

The fellow Yardbirds then shared the stage for 7 songs. Their joint set consisted of "You Need Love," "Listen Here - Compared To What," "Here But I'm Gone," "Outside Woman Blues," "Brown Bird," "Wee Wee Baby" and "Want To Take You Higher." The line up for this portion of the concert was EC and his band with Jeff Beck.

One fan in attendance said, "It was a historical night. Jeff tries to draw out all the possibilities from the guitar and Eric tries to express all his feelings with the guitar. It was Jeff's beige vs Eric's light blue stratocaster."