You really thought Eric Clapton, the very singer and song writer who's still remembered for numbers like cocaine, the beautiful lady and a lot others, would re unite with his former bands. For those who expected a powerful concert by Eric and his former band members have to take some bad news. Eric Clapton has turned down the possibility of another reunion with his former band Cream, insisting the British blues-rock band had gone their separate ways amicably.

The incredible guitarist had pleased fans when he came together again with Ginger Baker and Jack Bruce for gigs in London and New York four years ago. But the 64-year-old said chances of a repeat reunion were bleak. "I think I was clear that I don't think we need to go there again... I think we've gone as far as we could with that," the Daily Express quoted him, as telling Rolling Stone magazine.

The rocker, however, insisted he would 'never say never, a comment which could go down well with Bruce, who told Billboard.com magazine last year, "I think there might be a chance of some more (gigs). I would like to do some more because I enjoyed it. It was very emotional. I would like another shot at it."

MUSIC legend Jack Bruce has broken his silence to reveal how his wild rock'n'roll lifestyle almost killed him.

The 66-year-old bass player cheated death twice after going into a coma after a liver transplant - and then being struck down by a killer bug.

Now Jack, who shot to fame with Eric Clapton and Ginger Baker in supergroup Cream in 1966, has fought his way back to good health.

Jack told how he had to learn to walk, talk and sing again to save his career and his life.

He said: "I overdid it with too much of everything ... drugs in my case. I was really bad, taking speedballs - a mix of heroin and cocaine - which I mainlined into my veins.

"This is the first time I've talked about it because I don't want to romanticise drug-taking. There's nothing good about it at all."

In August, Jack hits the road again on his latest concert tour. And earlier this month, the Bishopbriggs, Glasgow-born musician was honoured by Glasgow Caledonian University when they presented him with an honorary Doctorate of Letters.

But in 2003 Jack faced death when doctors told him his liver was so ravaged by years of drug abuse there was virtually no hope.

Jack, who was brought up in the tough Pollok area of Glasgow, said: 'I was taking too many illegal drugs. It's a very Glasgow thing. We're not known for our abstemious nature.

"When I tried to stop, I went on to a methadone programme but I was taking such vast doses it affected my liver very badly. It turned into liver cancer. I thought I was going to die.

"I was told by doctors I was too far gone to be helped. That scared me, more because of the effect it would have on my family. In a strange way, it helped me straighten out."

Jack received his transplant at Addenbrookes Hospital in Cambridge. The operation was a success but complications arose and he lapsed into a coma.

Jack said: "I got bad infections, which is normal in those situations. "I had a tracheotomy in my throat to help me breathe. When I came round, I had to relearn how to talk and sing.

"I had no damage to my vocal chords but I feared I might never be able to do it."

In an incredible 50-year career, Jack has never done things by half. And so it proved the first time he had to sing again.

Cream, hailed as rock's first supergroup, split after a landmark concert at the Royal Albert Hill in London in 1968.

But in 2005 he'd agreed to a moneyspinning Cream reunion with old friends guitarist Eric Clapton and drummer Ginger Baker. The trio got together again for gigs at the Albert Hill and Mdison Square Garden in New York.

"The first time I had to sing again was when I went to rehearsals with Eric and Ginger," said Jack.

"It was an amazing feeling to open my mouth and hear that sound come out again. It was great not only to be alive but also back with my mates."

"We are good friends.-.despite all the stories you may have heard.

"It was very emotional playing with Eric and Ginger again. I' m so glad we did. The Albert Hill has a lot of history for this band.

"We'd got lots of big money offers over the years to reform. But there was always one of us who didn't want to do it.

"In 2005, it felt right. We wanted to come back, have a little play and say goodbye again.

"Tor me, it was like a miracle. In the months before the gigs, I couldn't walk, talk or do anything. The Cream reunion gave me something to aim for. I'd said I'd do it, but never thought I'd actually get there.

"So from a selfish point of view it was really important to me. It was making up for lost time."

But Jack received another health setback earlier this year during a solo tour of Japan.

He said: "I got an e-coli infection and, as I'm on immune and suppressant drugs, I can't fight these things off.

"A normal person would just get a bit ill but I nearly died again. I was completely wiped out and everything stopped working. I thought, 'This is it.' But I didn't want to leave my family just yet. They are what makes life worthwhile. I seem to have a streak of luck which has kept me alive. Music is the drug for me now."

Jack has won Grammy Awards for his songs and in 1993 Cream were inducted into the Rock And Roll Hill of Fame.

But being presented with an honorary doctorate by Glasgow Caledonian University for his services to music and the arts outshone all his previous accolades.

Jack said: "This one is very special and touching because it's being given by my home city.

"When awards come up, I find it difficult to accept them. This is different.

"I miss the people of Glasgow and it's always nice to come home."

Jack will perform Seven Mons Live, his new music project with Robin Trower and Qiry Hisband, at the 02 Academy, Qasgow, on August 6 and Edinburgh Queen's Hill on Auguest 8. 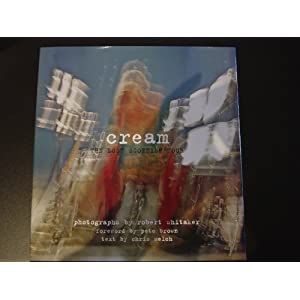