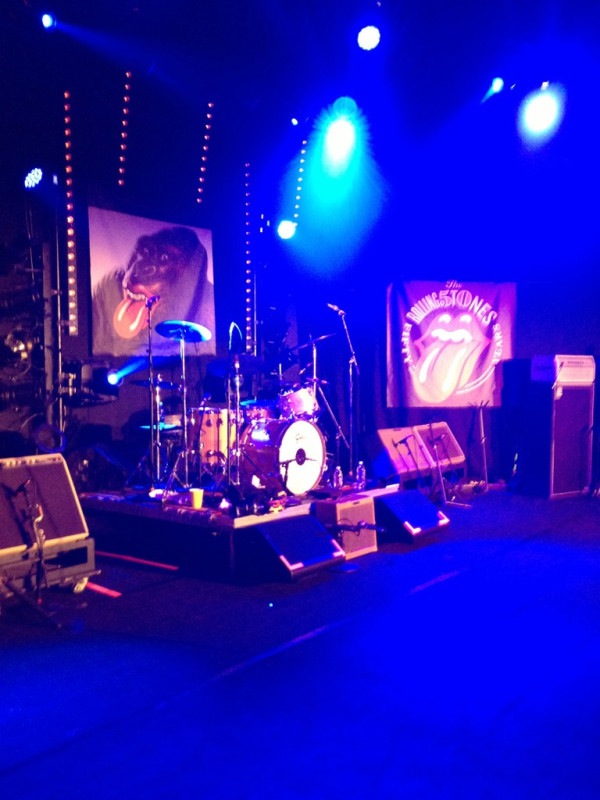 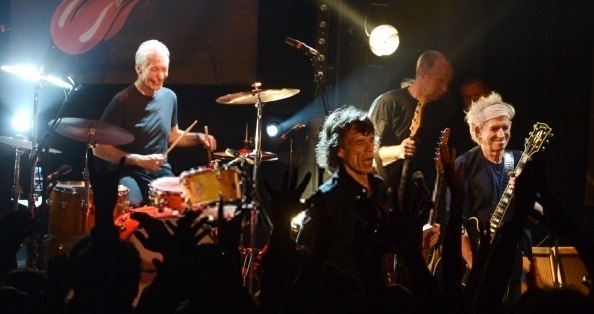 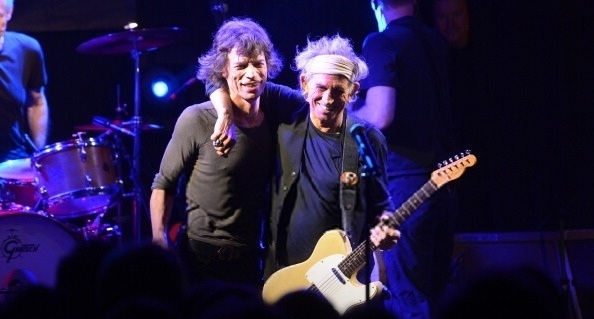 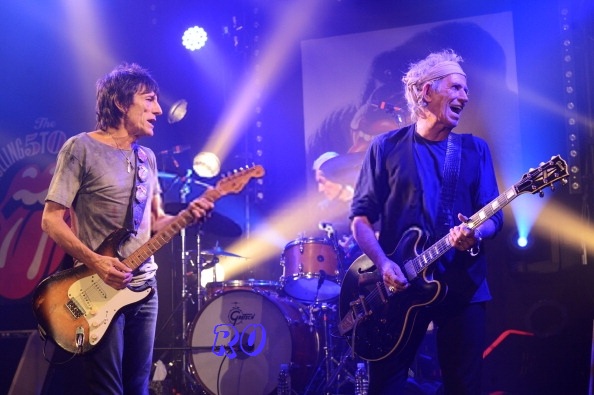 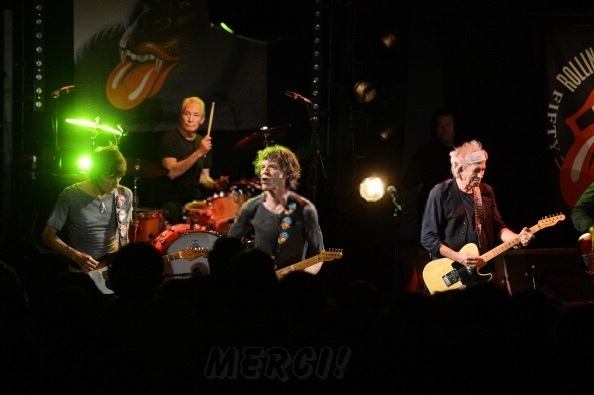 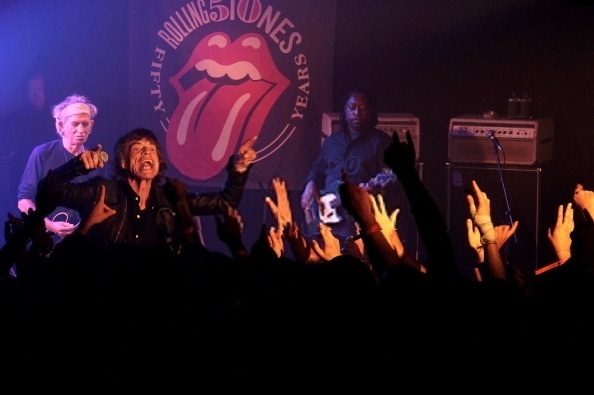 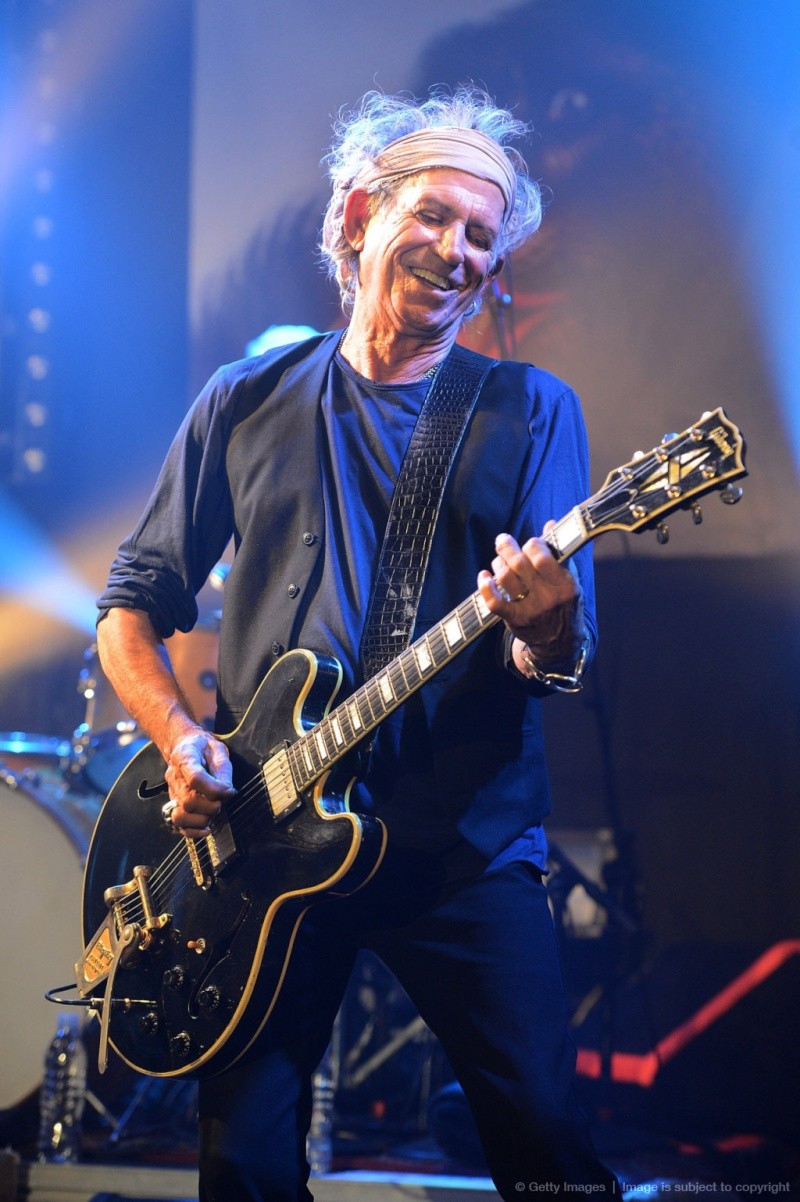 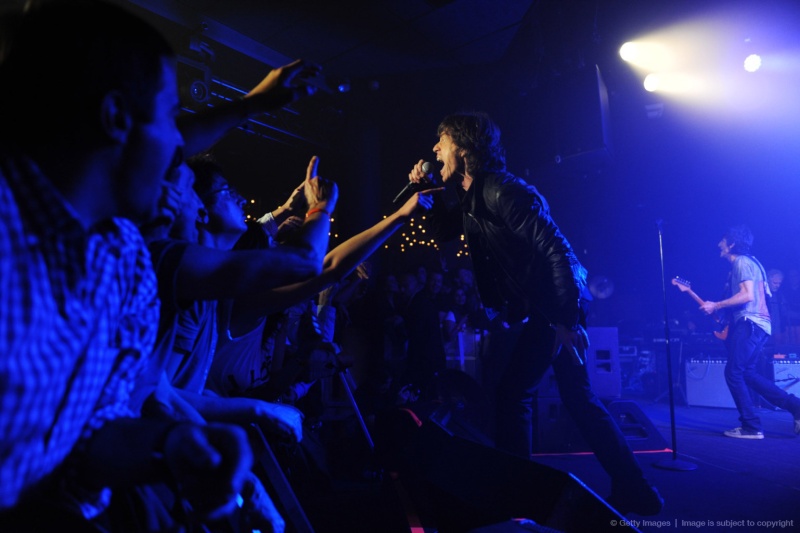 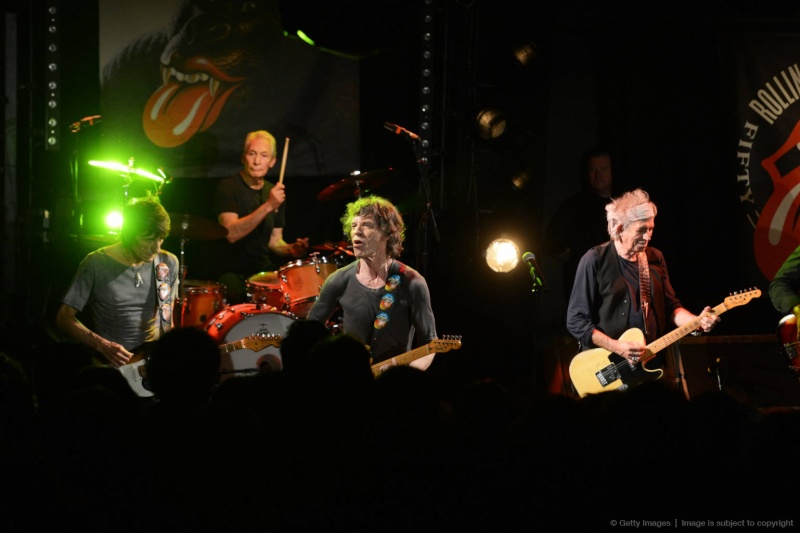 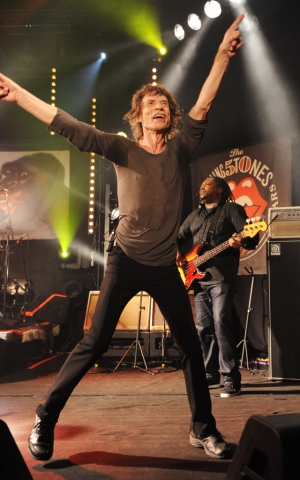 This band will perform as long as they live. They will never wrap it up. That was my very strong thought halfway into the show. Don't even think about it. Keith was stronger than on the previous tour. Mick as energetic as ever. Charlie banging the drums and keeping the pace as he has done for ages, with a smile in his face. And Ronnie, well Ronnie was pushed to the front of the stage two times by Mick tonight. Ronnie was shining. At one point, it must have been during the solo on "When The Whip Comes Down", Mick was at the back with Keith, and I noticed Mick's eyes said to Keith a thing only long time married couples and friends tell each others by the look - this is going great. I will never forget that look from Mick to Keith. A look can tell more than a thousand stories.
Before the show we had been through like 6-7 lines of security, ID checking and body search. The security was superior. I do not mind security. I never record shows or take pictures at club shows. I don't use my mobile phone at shows. They took all mobile phones for storage, only a handful sneaked in their mobile phones. It was so great to be at a show where nobody was snapping pictures or calling a friend to share the show.

Route 66 was right on. Keith was strong on the solo. Just great.

It's Only Rock'n Roll with lots of smoke on stage. Too much. I wanted to see the band, and all I saw was smoke. But they sounded great. And again Keith did a great, great solo. I was wondering if Keith would do this through the show. Normally he is saving the best for the last.

Shattered : Mick is throwing his black jacket. He has got three layers of clothes and he is now down to two. He is moving around like a madman on Manhattan, and it seems like he's on some sort of youth pill. I do know Mick would be on a pension plan by now, if he was a regular worker on a payroll, but this is not the average Mick. Ronnie is doing a great solo by the way.

When The Whip Comes Down: Mick with guitar. Ronnie pushed forward to the front of the stage by Mick. Mick and Keith at the back with Charlie, sharing the moment in an unforgettable silent "eye by eye contact" saying how great this is.

Champaign And Reefer: Keith is using the same black Gibson for the first five songs. Darryl has got a microphone, he is singing at times, Chuck is doing more singing. There are only 6 guys on stage, like in the 60's. No backup musicians. No horns or saxophone. Just the Stones. And it is sounding great. This is a blues classic and it is again great.

Doom And Gloom: May be I had too high expectations for this one. I loved it in the studio version, and was sure it would be a classic live song. But it was more of a standard. I was missing the little extra we get on the monster songs like "Gimme Shelter" and "Street Fighting Man". It was more like "Oh No ...". A good new song but nothing outstanding.

Tumbling Dice: Yes! It can be done without brass, and it is great! Keith is sharp and great, Ronnie is taking care of the solo playing.

Start Me Up: You can feel Mick is working the crowd like he is on a short contract. Only 12 songs tonight. Lots of energy left. Working hard on the crowd, and it is easy tonight. Everybody is hands up and smiling faces as they do Start Me Up. This was just like the old days, like when Mick was just a young singer, except this is now 50 years later. I am amazed.

Midnight Rambler: If Mick was great on Start Me Up then he was outdoing himself on Rambler. Dancing, entertaining, waking up those few in the crowd who might still be a bit resistant. By now he had the crowd in his hands. And Rambler was just mmmmmmmm great!

They leave the stage. So I think this was a set of just eleven songs. Not really...

Charlie is back from behind the stage first. He is running a long drum roll while waiting for his band mates.

Jumping Jack Flash: Strong, fast, short, tight, feeling the show is coming to a sad end all too soon.

Brown Sugar: For the second time tonight Mick is pushing Ronnie forward to the front of the stage. What used to be a saxophone solo is now a great guitar solo done by Ronnie. This is a club show and again it is tight and short, so it feels like it is ending all too soon.

Final bow. Charlie is spotting a fan at the front row and he is actually picking up a pen and signing the cover. I can't believe what I am seeing. The security guy is trying to signal the fact that the rest of the band is now half way to the hotel, well almost, so Charlie does this one which is great.

I have slept 6 hours in two days, but during the show I was as awake as it is possible. I had front row on the Keith side and enjoyed having the complete and unobstructed view from the side to the band. The stage was like two feet high so they were very low. Please do not shoot me if I spelled wrong or mixed up something. Time to sleep... 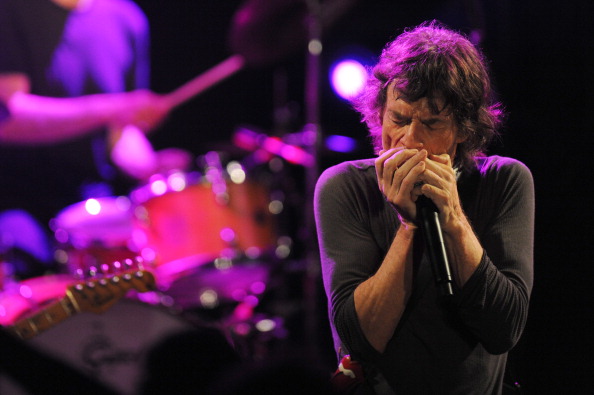 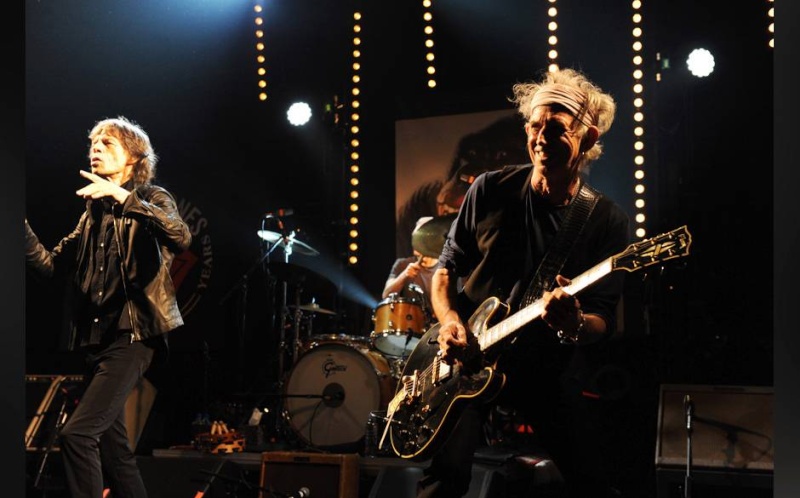