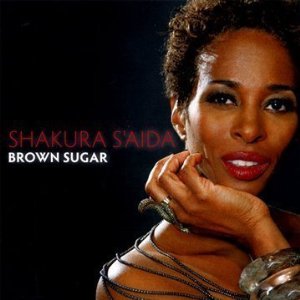 COULDN’T STAND THE WEATHER: LEGACY EDITION commemorates the 20th anniversary year of the passing of legendary guitarist Stevie Ray Vaughan. It revisits the commercial breakthrough of the second album by Stevie Ray Vaughan and Double Trouble. Released in May of 1984, it was their first LP to earn RIAA gold certification, and their first platinum-seller as well.

The first entry by Stevie Ray Vaughan and Double Trouble in the prestigious Legacy Edition series of multi-disc packages, COULDN’T STAND THE WEATHER: LEGACY EDITION will be available as a two-CD set at all physical and digital retail outlets starting July 27th, however, you can pre-order your copy now at Amazon http://amzn.to/9f9ZOI

• Disc one restores the original eight-song, 38-minute album with “Cold Shot” (a Top 30 Modern Rock track), indelible covers of blues standards including “Tin Pan Alley (aka Roughest Place In Town)” and Guitar Slim’s “The Things (That) I Used to Do” and, most notably, Hendrix’s “Voodoo Chile (Slight Return)” (also a Top 30 Modern Rock track and a Grammy

-nominated performance); the sequence expands with another 11 studio outtakes from the original recording sessions in January 1984, three of them previously unreleased;
• Disc two premieres a previously unreleased live concert captured three month’s after the original LP’s release, from August 17, 1984, at The Spectrum in Montreal, Canada. The band played two sets that night and this disc captures selections from the late show. Featured are a mix of songs from the just-released Couldn’t Stand the Weather (among them “Voodoo Chile (Slight Return)”), plus tunes from the 1983 Texas Flood debut.

As with every title in the Legacy Edition series, the booklet contains a comprehensive liner notes essay written by an acknowledged expert. Andy Aledort, associate editor of Guitar World magazine, is a blues-rock maven and accomplished guitarist in his own right. He has authored more than a dozen guitar instruction books on trailblazers like Hendrix, Van Halen, Joe Satriani, Jeff Healey and others; and annotated CDs on Buddy Guy, Johnny Winter, Dickey Betts and more. Aledort has been covering Stevie Ray’s career since his arrival at Epic Records in the summer of 1983, and has written liner notes for several of his Epic/Legacy releases, including the four-disc box set SRV (2000); The Essential Stevie Ray Vaughan (2002); The Real Deal: Greatest Hits, Vol. 1 (2006); and Solos, Sessions & Encores (2007).

Aledort’s 2,700-word essay sets the stage: “Though a mere six months had passed between the release of Texas Flood [SRV&DT’s Epic debut in 1983] and the start of the Couldn’t Stand the Weather recording sessions,” Aledort writes, “a great deal changed for the band, professionally and personally, in that short period. Couldn’t Stand the Weather represented the first time the band had a recording budget, but with it came record company pressures that had been absent previously. In addition, as the pace of the band members’ careers increased, so did the level of partying and drug use.”

The bonus track studio outtakes on disc one add a new perspective to the band’s chronology at this early stage, starting with Stevie’s original, “Empty Arms,” one of several tracks here from the first posthumous SRV collection, 1991’s Grammy Award-winning The Sky Is Crying. Hank Ballard & the Midnighters’ “Look At Little Sister” and New Orleans blues man Earl King’s standard “Come On” (covered by Hendrix on Electric Ladyland) showed up in different versions on SRV&DT’s next album, 1985’s Soul To Soul. They had performed Freddie King’s “Hide Away” and Hound Dog Taylor’s “Give Me Back My Wig” at shows (cf. Live At Montreux 1982 & 1985), but neither song would ever show up on one of their albums during Stevie Ray’s life¬time.

The previously unreleased versions here of “Boot Hill” and Elmore James’ “The Sky Is Crying” are different than those heard on The Sky Is Crying. In addition to “Empty Arms,” that album contained a number of tracks from the January 1984 sessions, including covers of Lonnie Mack’s “Wham!,” Hendrix’s “Little Wing” and Willie Dixon’s “Close To You.” Disc one comes to a close with a previously unreleased alternate take of the short instrumental, “Stang’s Swang” – compare it to the version that closes the original Couldn’t Stand The Weather album and it’s evident this version strips away the saxophone.

In August 1984, SRV&DT headlined Montreal’s Spectrum arena, where they performed an early and a late set, the latter chronicled on disc two here. They reprised a number of songs from the well-received Texas Flood debut of the year before, among them “Testify,” “Love Struck Baby,” “Texas Flood,” “Lenny,” and “Pride And Joy.” But the bulk of the attention that night was given to the songs on the new album, Couldn’t Stand The Weather, among them “Voodoo Chile (Slight Return),” “The Things (That) I Used To Do” “Honey Bee,” “Couldn’t Stand The Weather,” “Cold Shot,” “Tin Pan Alley (aka Roughest Place In Town),” and (for a third time in this package) “Stang’s Swang.”