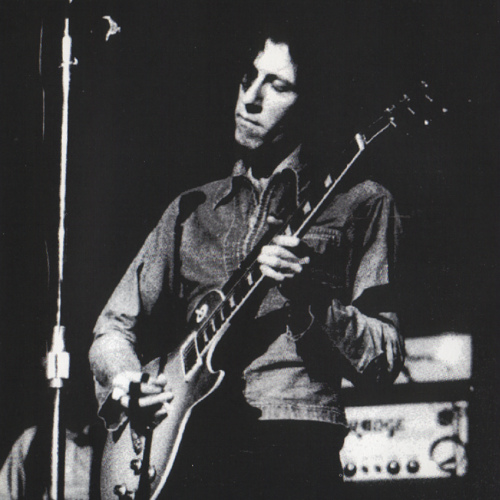 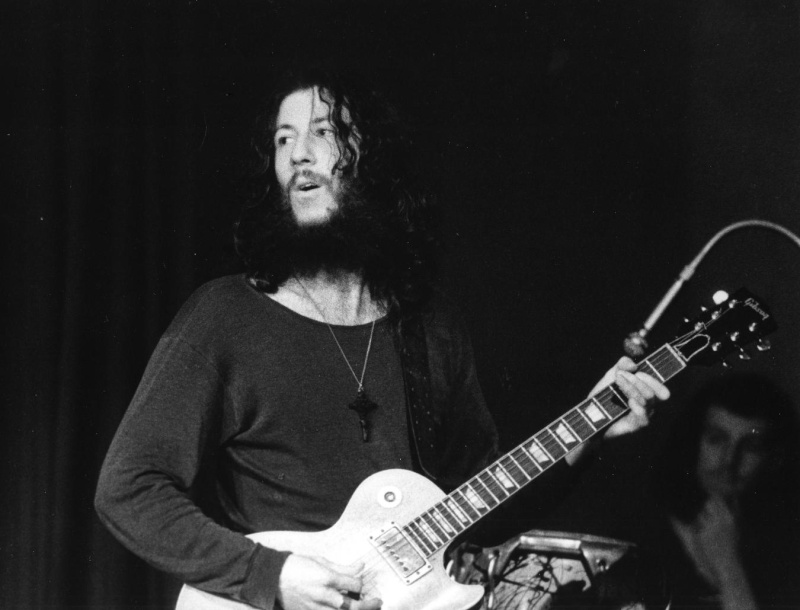 Danny Kirwan :
"I've been through a bit of a rough patch but I'm not too bad. I get by and I suppose I am homeless, but then I've never really had a home since our early days on tour. I couldn't handle it mentally and I had to get out. I can't settle." At the time of the interview, Kirwan (then 42) was staying at St Mungo's Hostel in London, and looked "cheerful but dishevelled." He was living on social security and "dribs and drabs" of royalties from the band's early days. He stated, "If Mick would like to see me, then that would be nice. But he would have to come over here. America terrifies me. If he can't come, then that's OK. I don't really need anything. Unless he fancies popping a million pounds in the post..."

In his July 2000 Penguin Q&A, biographer 'Jet' Martin Celmins has this to report about Danny Kirwan: "Good news: I met Danny's ex-wife Clare recently who kindly helped me with liner notes for a Kirwan compilation called 'Ram Jam City' which Mooncrest recently released. Danny turned 50 this May and Clare showed me photos taken of him on his birthday. I was really pleased to notice him looking a lot fitter than was the case five years ago when I interviewed him. His hair is now short and he looks stronger and more together. Best news of all, perhaps, is that he keeps a guitar in his room and plays quite often for his own pleasure. He remains a very private person who keeps himself to himself and is nicely settled in the care centre where he's been for some time now. I know that some of his many well-wishers took to the idea of Danny possibly moving to Eric Clapton's Crossroads centre in Antigua for treatment: whilst this may be a poignant notion as a modern story of the blues, in reality his family feel that he is far better off staying where he is. Obviously they know what's best and isn't it great to know that music still is there in Danny's day-to-day life."

From The Sunday Times :

Peter Green: Back from the brink
He was the greatest guitarist Britain had ever produced. Then, after three years in Fleetwood Mac he disappeared

Peter Green has been in the afterlife for 38 years — the afterlife of a period of little more than 36 months in which he became probably Britain’s greatest-ever blues-rock guitarist, before falling so far that, to this day, many people assume him to be dead. Green’s apprenticeship in the great academy of the mid-1960s blues boom, John Mayall’s Bluesbreakers, brought swift graduation: he was a founding member of Fleetwood Mac in 1967. His nimble, authoritative brilliance as a player, and as the writer of undimmed classics such as Oh Well, Man of the World and The Green Manalishi, quickly created a peerless catalogue and helped to integrate blues into the rock generation.

Then, even more quickly than he had emerged, Green was gone. He left the group at the height of their initial success, apparently renouncing worldly wealth and disappearing into the darkness of psychiatric hospitals and menial jobs. As his formerco-founders of the group, Mick Fleetwood and John McVie, mined a multiplatinum seam with the Mac’s new transatlantic line-up, Green was working in a graveyard and wrestling with his very sanity. He re-emerged, temporarily, to make new recordings at the end of the 1970s, and again in the mid-1990s at the helm of the Splinter Group, with whom he also toured, often playing rhythm rather than his original lead lines. Since that group disbanded in 2004, he has gone to ground again.

All of that work takes its place on a new four-disc box set that covers Green’s entire career and emphasises again what a sorcerer of the Stratocaster (and of the Gibson Les Paul) he was. In an oft-aired but nonetheless arresting quote, the softly spoken man from Bethnal Green was once described as “the only one who gave me the cold sweats” by, of all superstars, BB King.

Green agreed to give a rare interview to Culture to mark the set’s release. While the Pickwickian figure I found sitting in his kitchen bore almost no resemblance to the lithe young guitar hero, I found the older man, 62 on Wednesday, talkative and, to all appearances, content with his modest latter-day lot. Still given to impenetrable thought processes, Green nevertheless has a charming, down-to-earth sense of humour and speaks rivetingly about his rise, fall and survival, even if his lack of regard for his own work is heartbreaking.

For our entire conversation, he sits at his kitchen table, head down, doodling assiduously on a pad, looking up occasionally to make eye contact but usually just to choose which colour felt-tip pen he wants next. In three hours, he gets up just once, to go over to the cooker to boil water in a saucepan and make us coffee. He looks healthy and serene, with few worry lines on his face; and after some small talk, with a guitarist friend of his joining in, we’re left alone. I start by asking if he has picked up a guitar lately or has any plans to perform.

“We were talking about it last night — what do I think about some appearances? I said, ‘Not yet.’ If we’ve got something good . . . usual channels, I guess they call it.”

Almost immediately, we arrive at one of the reasons why Green was not comfortable with the Splinter Group, and perhaps why he opted out of the supposed high life at the turn of the 1970s, when Fleetwood Mac were regularly being voted best band in the world. He was, and remains, uneasy about the limelight or any perception of himself as being better than his bandmates. “I’m not really supposed to be doing vocals, I can’t concentrate on guitar,” he says. “I’m stuck out front, I don’t really know what I’m doing there. Novelty value, I think.”

Yet isn’t it inevitable that people would demand that he was front and centre of any band he was in? “I don’t want to break their hearts,” he says sweetly, “but my reply to that would be, ‘Why can’t it be equal?’ It’s not really called pressure, just an unbalanced situation where someone won’t blend in.”

We will revisit that point when he confronts the circumstances of his departure from the world stage, but first there’s time to talk about Green’s baby-boomer upbringing in the East End of London. As he recalls it, he grows more animated. “My brother Micky brought a record to the house, of Humphrey Lyttelton’s Bad Penny Blues — on the other side was Basin Street Blues — and it was really fantastic. We had a fight and he chased me round the room,” he laughs, “and I went past the record player and it snapped the record. Then my oldest brother got married, and they had 45s of early Elvis Presley and Bill Haley and Santo & Johnny’s Sleep Walk.” Before I can even seize on his reference to that dreamy 1959 guitar instrumental and its influence on one of his own, he confirms it. “Albatross, I guess it comes from there,” he says.

While the Green family wasn’t really musical, “Dad used to whistle a tune, and Mum could sing vibrato. He said he used to croon to Mum — before he proposed to her, he used to sing to her over the telephone.” It was, I joke, a more romantic age. “Possibly, possibly,” he answers, then, with a glint in his eye: “Speak for yourself.”

Green makes an educated guess that the first guitarist he would have noticed as a kid was Lonnie Donegan, and explains that his first paying role, at about 15, was on bass. He joined Pete B’s Looners, fronted by the future Camel member Pete Bardens, in 1966, and quickly progressed to Mayall’s team of all the talents, in which he replaced Eric Clapton. He refers to Clapton frequently, clearly regarding him as the yardstick by which, in his mind, his work has always fallen short. “My playing’s got more cracks in it, it’s more human. More typical of someone who can’t play guitar at all.” I tell him that he is way too modest. “No, I know my limitations,” he smiles.

The years with Mac were more work than fun, he recalls; and, sadly, he professes to like just one piece of their recorded output. Rather than any of the band’s standard texts, it’s the pleasant but somewhat rambling instrumental Underway, from the 1969 album Then Play On. He dismisses the apparently autobiographical nature of some of his lyrics from that era, especially the achingly sad Man of the World, in which he managed, in the poptastic environment of 1968, to confess that he wished he had never been born. “There’s no truth in that,” he says. “It’s just poetry, just rhyming. Naah, I don’t wish I’d never been born, it just fits in, rhymes with whatever it was — knickers, ragged and torn.”

Suddenly serious again, Green does confess that the mental anguish evident in The Green Manalishi was no device. “I was just a bit frightened that I couldn’t break into my body. I woke up and I felt dead. My head seemed to be working, my mind seemed to be working, but only just. I couldn’t move my arms and legs, I had to fight to get my spirit into my body, and it kind of frightened me, I guess. I went straight off and wrote a fear song. I had a good refusal of hashish — then, eventually, there was LSD, in a Coke can. I refused first time, then, second time, I took a sip, just a tiny little sip, and I began to see things, things started to be more prominent, more definite. Two people dancing seemed to be trying to mean something. It was quite fantastic. It shouldn’t be so fantastic, maybe.”

Was his descent inevitable? “When I think of it, it was just me that was the sucker,” he says. “They kept publishing things in the newspaper, saying I threatened them to take back money they were offering me, but it’s not true. If I hadn’t taken LSD, I would have kept up with the money, been able to play, wouldn’t have stayed with the group, because they didn’t know how to handle the situation.”

He “stayed out of the way” as Mac went through various line-ups, all highly musical but often unsuccessful, before they unlocked the door to vast fortunes in the Rumours era. He begrudged them none of that success, but things reached a markedly contrasting nadir for Green when, in 1977, he was arrested after a confrontation with the band’s former manager, Clifford Davis. “I don’t know why I threatened him. I just suddenly said, ‘I’ll shoot you.’ I thought he’d be glad to hear from me, but all he wanted to do was get me arrested. I got a bit paranoid, and it came out like that.”

Green has taken small steps down a long road since then, often two forward and one back. Looking at him, you can feel that his punishment for relatively contained narcotic misdemeanours has lasted agonisingly long. Or you can simply enjoy his winning smile and give thanks he ever made records.

Before I leave, we listen to a raw demo he has recently made with a current team of simpatico players. There’s no point in pretending that it’s Oh Well, but its shuffling, bluesy style and smoky vocal have plenty of low-key charm. So, you do still want to express yourself with music, I say. “Oh, yeah,” he replies. “I’d like to be able to.” 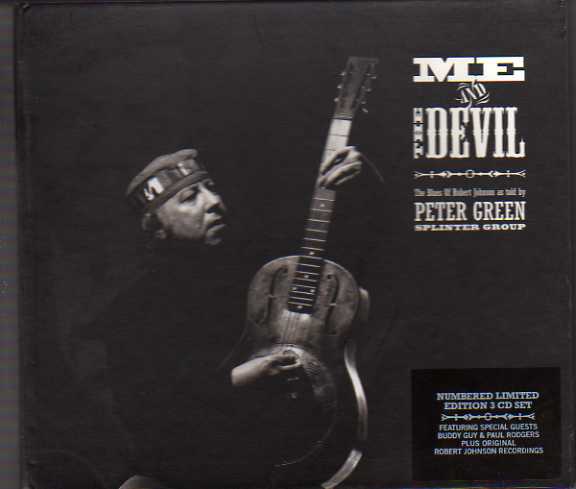 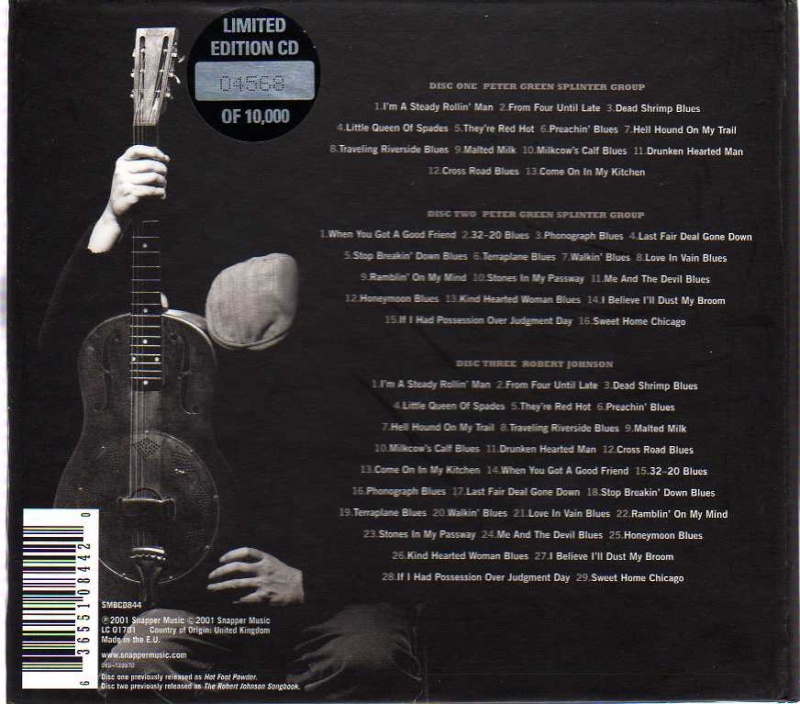 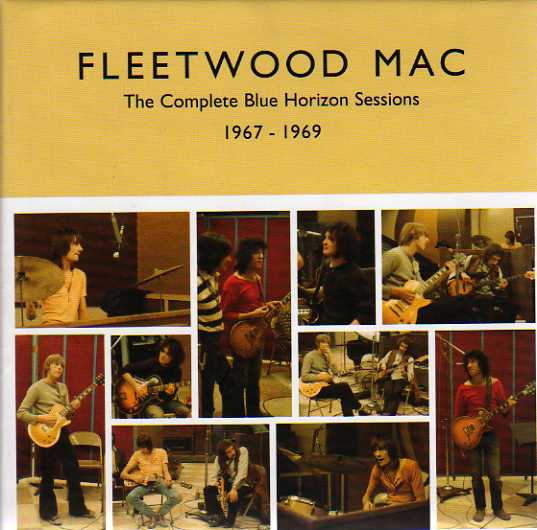 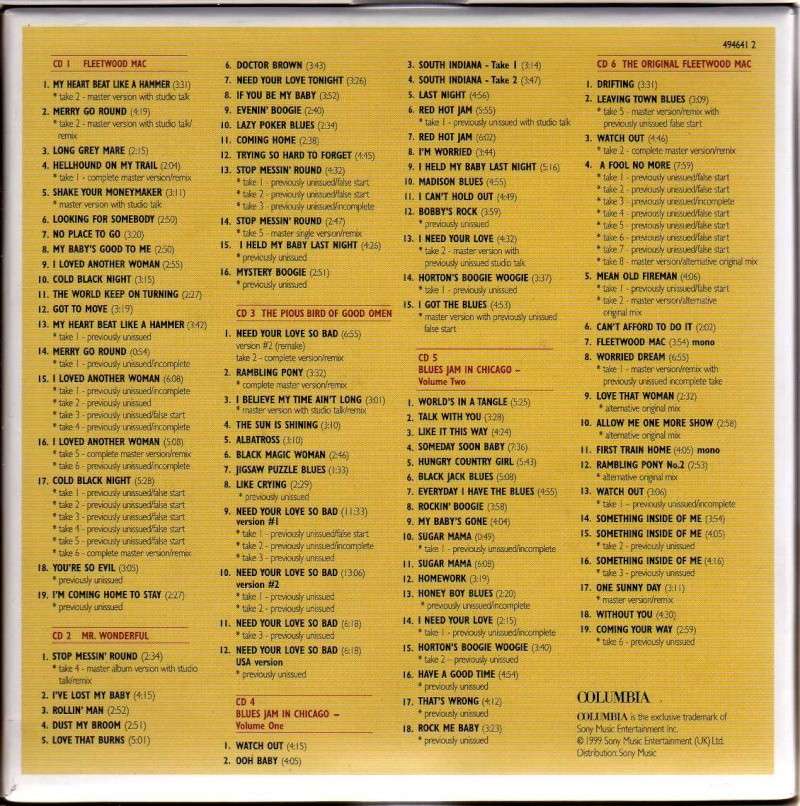 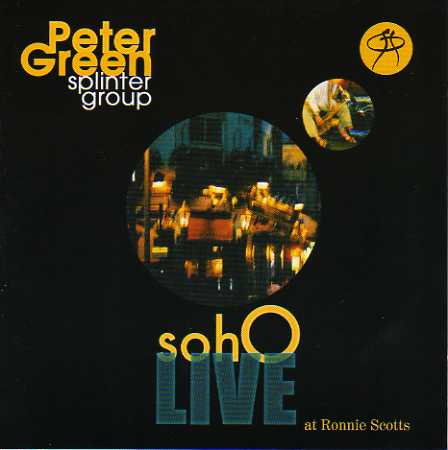