Not since Lucinda Williams debuted with an all-acoustic solo album of traditional country blues in 1979 has an artist appeared on the folk-blues scene with the immediate authority of guitarist Kelly Joe Phelps.

Equally indebted to traditional pioneers of Delta-style country blues like Leadbelly and Blind Lemon Jefferson as to more exploratory visionaries like Taj Mahal and Ry Cooder (Phelps plays much of this album on a slack-tuned Hawaiian guitar, a style Cooder popularized), Phelps sings with dusty wisdom and plays like a master.

A former jazz bassist, Phelps has an impeccable sense of timing, essential to a music so immediate.

Opening with the traditional gospel tune "I've Been Converted" but focusing almost exclusively on magnificent originals after that, LEAD ME ON is an immensely satisfying, exciting album announcing the arrival of a major country-blues talent.

Source : Lead Me On 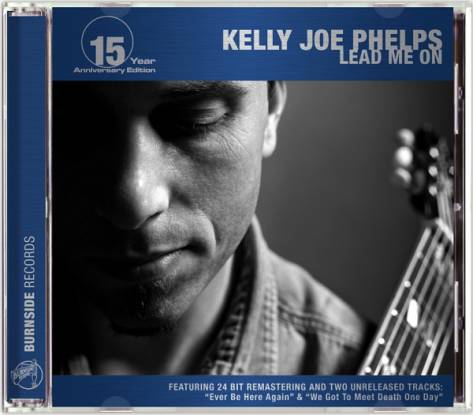 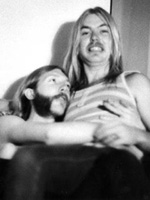 We Got To Meet Death One Day (Blind Willie McTell) 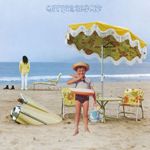 We Got To Meet Death One Day (Blind Willie McTell)

Jacques-Eric Legarde a écrit:
• Ever Be Here Again*

Helloall , I am very happy to see that there are such passionate fans of Kelly Joe in France. I have read on this thread that there is some discussion as to whether " Lead Me On " is essential.

To me, "essential" in this context is not a case of judging the music as much as it is essential for to the fan to have a complete understanding of where Kelly Joe started out musically so they can gain a full understanding of the musical journey he has taken to arrive at 2009.

Here is an advance look at the liner notes I wrote for the inside of the 15th Anniversary Edition.
I speak with Kelly Joe every week or so and he reviewed and endorsed these notes.

Burnside Records has new releases coming for Steve James, John Fahey, Too Slim and the Taildraggers and more in 2009.

Nearly 15 years ago to this day Kelly Joe Phelps walked into a Portland, Oregon recording studio called Dead Aunt Thelma’s to record his first full-length album.
Kelly Joe brought nothing more to the sessions than his faithful Gibson acoustic guitar set up to play lap slide, a hollow stomp box and a brace of songs that had been honed to perfection from hundreds of performances in smoky clubs and whiskey drenched bars across the Pacific Northwest.

Present during the sessions were Burnside Records founder and then manager Terry Currier and studio engineer Mike Moore.
Terry Currier’s goal was that Mike would capture the songs on analog tape in as natural and organic a manner as possible.
In a small, warm sounding live room Kelly Joe arranged his hollow stomp box at the base of a simple wooden stool, sat down and gave Mike the nod to roll tape. Over the next several hours, 15 songs were quickly recorded. As Mike Moore recalls “At the end of each song’s recording Kelly Joe would look up at us for a reaction. On nearly every track we gave him an enthusiastic thumbs up.” “It was every engineer’s dream recording, where all the dots connected seamlessly.”

In this manner all of the songs were recorded live with no overdubs and most in only one take. Hundreds of live performances and countless hours of rehearsal culminated in the recording session that came to be the album called ‘Lead Me On’
Now, 15 years later, we are very proud to re-release ‘Lead Me On’ with 24 bit remastering, previously unpublished photographs by James Rexroad and two exclusive bonus tracks taken from the original master tapes ‘Ever Be Here Again’ and a haunting and inspired interpretation of the 1935 song ‘We Got To Meet Death One Day’ by Blind Willie McTell. Both of these tracks were left off the original master due to technical limitations that existed in 1994 but today are no longer an issue.

In the intervening years Kelly Joe Phelps has built a successful and storied career, releasing an additional seven critically acclaimed full length albums and one EP and touring tirelessly to enthusiastic reception by fans worldwide. While each successive release found Kelly Joe Phelps expanding his musical horizons and charting new instrumental territories, ‘Lead Me On’ has stood the test of time, and has come to be considered a bellwether release by fans of lap slide style acoustic guitar playing.

Kelly Joe ends the song ‘Ever Be Here Again’ and indeed the album with the line ‘ Might be something there for me, another chance to find my pot of gold, might have one more life to live but I don’t think I’ll be here again’. With these words Kelly Joe pays homage to the adage that while you can never go back, there remains the hope of new and greater experiences around the next bend of the road, a saying that Kelly Joe has proven to be true with each new album and at every unique live performance.

Well first of all thanks to Burnside Records for taking the time to have this dialog with us, they are indeed quite some fans of Kelly Joe music here. As for the fact if this release is dispensable of not is rather about the interest/price ratio right ? 2 bonus songs and a remastering yes but it's maybe a bit short to promote the will to buy this album if we already have the original disc

Jipes a écrit: they are indeed quite some fans of Chris music here.

Ayler a écrit:
Next time you'll see Kelly Joe Phelps, tell him we'd like to see him live once more!

I'VE BEEN CONVERTED extrait de ce "Lead Me On".

Jipes a écrit: they are indeed quite some fans of Chris music here.