“I THINK it will happen again, yes,” says Jack Bruce, sitting in the sunshine of his Suffolk garden. “Probably just one more time.”

Forty years after Cream split up, the singer and bassist of one of the 60s biggest bands is still answering the same question: are you guys getting back together?

This time, his response is positive, even if he stops himself. “I can't say anything more than that. But we are meeting up in October.”

Jack last shared a stage with his celebrated bandmates Eric Clapton and Ginger Baker three years ago for a string of shows at the Royal Albert Hall and Madison Square Garden. But that might not be the end of the story of the first “supergroup”. Not quite.

It would have happened already, he points out, if Led Zeppelin hadn't “hijacked” the tribute show to Atlantic Records co-founder Ahmet Ertegun in December. “We were the first band that was approached, and we agreed to do it at the Albert Hall; a nice, respectful tribute,” he says.

“But it suddenly changed to the O2 and both me and Eric thought 'no, we don't want to do that, it's too commercial' - so it became the Led Zeppelin show.”

Jack has an extra incentive for wanting to do it all again. For the reunion in 2005, he was still suffering the after-effects of a liver transplant five years ago, which he needed after he was diagnosed with cancer. The transplant was a success, but a series of infections almost killed him. He knows he's lucky to still be here.

“I was quite ill for a long time after the operation. I was written off a couple of times - but they obviously didn't know me! I wasn't prepared to go yet. I was in a bad way, in a coma and it was touch and go. But the team at Addenbrooke's Hospital - and the person who donated the liver - saved my life. I'm very grateful to them.

“I was actually in hospital when the idea came up to do it (the Cream reunion). I wasn't well enough to walk, or talk. I wrote 'okay, I'll do it' in spidery writing on a piece of paper. It gave me a motivation to get better.

“I pretended I was well enough to do it, but I wasn't really. Now I'm firing on most of my cylinders I would like to do it again, selfishly, just to enjoy it this time.”

The three members of Cream plan to gather again in October, but whether they'll play music together is up in the air.

Jack Bruce says that he and Eric Clapton plan to attend an Oct. 3 ceremony at which Ginger Baker will be given a Drummers Achievement Award by cymbal maker Zildjian at the Royal Festival Hall in London. "'Cause I'm only the bass player, I can't say for sure," Bruce explains. "I know there's a good chance we may play at that event ... but I don't want to overstate it and make it into something it isn't."

Bruce did say, however, that he, Clapton and Baker will likely "have a chat about" some future reunions, as the trio did May 2005 in London, which resulted in a subsequent live album and DVD, and October 2005 in New York. "I think there might be a chance of some more," Baker says. "I would like to do some more, 'cause I enjoyed it. It was very emotional. I would like another shot at it.

"It's quite difficult for us, 'cause it's all very separate," he continues. "Ginger's living in South Africa. Eric's this mega-star, and it's difficult for us to keep in communication. But as soon as we do it's wonderful."

In addition to Baker, Zildjian will be honoring the Jimi Hendrix Experience's Mitch Mitchell at the October ceremony. Other musicians expected to attend and perform in some capacity are Jason Bonham (Foreigner, Led Zeppelin), former Deep Purple keyboardist Jon Lord, the Killers' Ronnie Vannucci, Razorlight's Andy Burrows and members of Paul Weller's band, among others.

Bruce, meanwhile, is keeping busy on this summer's Hippie Fest tour, which runs through Aug. 10. He'll then take part in a tribute concert for the late Who bassist John Entwistle on Sept. 20 in Cary, N.C., before working on a broadcast with the BBC Big Band.

In December, Bruce will be part of a tribute to the late Chic drummer Tony Thompson that may also come to the U.S. in 2009, and he's making plans to record the third album in his Latin fusion trilogy, which might be tracked in Cuba if proper arrangements can be made.

1) Cream's "I Feel Free"
I guess, when "I Feel Free" was a big hit, because I love that song and I kind of wrote it to try and emulate The Beatles' kind of hit songs — crafted pop songs. I'm not saying I succeeded, but that was my exercise, if you like.

2) Cream plays the Fillmore West Auditorium in San Francisco for the first time on Aug. 8, 1967
Playing the Fillmore in San Francisco, when the band first started stretching out — because before that we used to play just little versions of our songs. It was the first time we got into that improvisation thing. The audience, we played our set and obviously we were surprised because they knew who we were; we weren't famous yet. And they were just so laid back — I wouldn't want to say stoned [laughs]. OK, I'll say stoned.

And they wanted to get into something, you could just tell — so it was more the audience than the band. So we went along with it, and that became our trademark really. ... What Ginger [Baker] and myself — we played in a lot of jazz bands before Cream and — we kind of brought that approach to rock. ... Although we didn't really tell Eric. It was like we were the Ornette Coleman trio — but we didn't tell Eric that he was Ornette Coleman.

3) Cream plays the Anaheim Convention Center on March 18, 1968
The first time we played I think it was the — it was a huge gig somewhere in the Anaheim Convention Center, or something. For us it was like, "Wow." So Eric and I went to the very furthest away seat to see what it was like and it was this tiny little stage. We had been used to playing clubs.

4) "Wheels of Fire" goes platinum
Getting the first-ever platinum disc, which was given for "Wheels of Fire." That was the ... first double album that sold a million records.

5) Cream reunites at Royal Albert Hall in London on May 2, 2005
That was magical. When we first started rehearsing was great, but when we stepped onto that stage at the Albert Hall it was very difficult to hold it together: very emotional, very wonderful. The very last two performances [in 1968 were there], so it was kind of nice to start there again. It was fun.

1) First show with his solo band at the Fillmore East in New York on Jan. 30, 1970
My first gig with my first band [as leader], which was at the Fillmore East in 1970. Jimi Hendrix came down to the show because he was a friend of mine and it was nice that he came along. That was No. 1 definitely because it was the first thing I did. [The band included Larry Coryell, Mitch Mitchell and Mike Mandel.]

3) Playing "I Can't Turn You Loose" at the Guitar Legends Expo in Barcelona in 1992
I got to play with Bob Dylan and all the guys from all the Stax records recordings. I was singing the first verse of "I Can't Turn You Loose." There I was singing that first verse of that amazing song with Bob Dylan on the stage and Keith Richards and Steve Cropper, who played in Otis Redding's band.

3) Playing with Tony Williams Lifetime
That was a very high spot. Playing the Newport Jazz Festival was great. Just that band — it was so happening, so far ahead of it. It was pretty astounding.

5) Jack Bruce's Big Band
Last year I did a thing with a big band which I'm repeating again this year in Britain: big band doing arrangements of my songs; a 14-piece band. It was great. 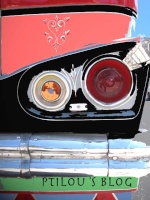 The Albert Hall was great but not the shows we did at Madison Square Garden in New York later that year. That was a fucking disaster.I'd refused to do it first of all. It was Eric who phoned me up and convinced me. The reason I didn't want to do it was because of what happened in New York in 1968 when the magic was destroyed. The reason why we broke up in the first place re-emerged on stage at Madison Square. You'll notice I'm talking about Eric in a nice way, but there was another person in the group. It wasn't just a problem with the volume of the bass guitar, it was the problem of being humiliated in front of 20,000 people. Jack Bruce has apologised many times since, but he's been doing that to me ever since I first played with him. He gets tearful and says 'I love you man' but the volume thing has damaged my hearing to this day. I just cannot play with other people playing too loud on stage. It's too painful.